Blythecon Seattle 2014 was the first Blythe Convention organized by Blythe fans that I’ve attended and I’m so glad I went. The city was beautiful, the weather perfect and the food I ate I still dream about and try to replicate in my kitchen. Everyone we met was friendly and nice including the cashier at the supermarket and the waiter at the restaurant. The Blythe fans who came from all over the world were beautiful and talented. Each vendor and each participant was truly in love with Blythe. But the most important reason for making the trip to Seattle was to see Allison Katzman again. She is the original designer of Blythe and without that original idea there would not have been a BlytheCon Seattle 2014.

On my first day in Seattle, Allison and I went on a date. When I stayed with her in Chicago, we went to the Art Institute and this time she took me to the Seattle Art Museum to see the Northwestern Modernist Exhibition. She said that this was a very important show featuring two of her favorite artists, Mark Tobey and Morris Graves. As we walked around the gallery, Allison talked about her life, when she was growing up in Seattle, being inspired by these artists and becoming an artist herself. She told me that her mother had a restaurant in Seattle, just as my mom had a restaurant in Honolulu. We both loved food. The second time I met her, she treated me to a home-cooked dinner, which I remember well. I shared that memory with her and then told me about a soba and tempura dinner.  So we both remember what we fed each other. 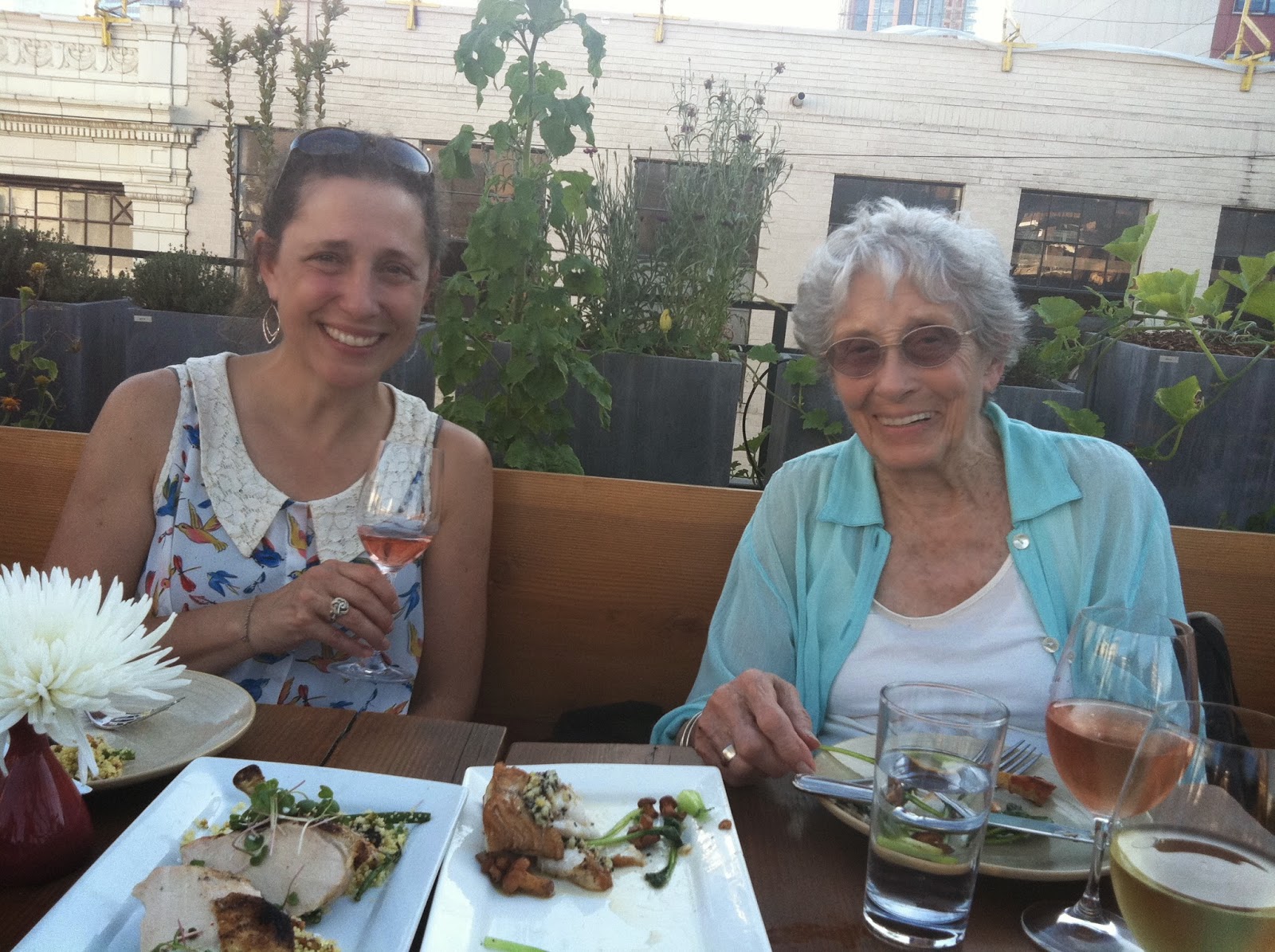 After we saw the exhibition at the Seattle Art Museum in downtown Seattle, we drove to Volunteer Park where another exhibition on Japanese Art Deco was held. But we decided to just sit down in the park to talk and take in the beautiful day.  This was a chance to give her the latest Anniversary Doll.  I took a picture of Allison in front of a huge tree with a dynamic trunk and more trunks growing out of it. I told her that in Hawaii where I grew up, the trunk of the tree is called a KUMU. But it is also the same word for teacher/ Master of knowledge. So for me, Allison is my Blythe Kumu and the photo captured her perfectly. 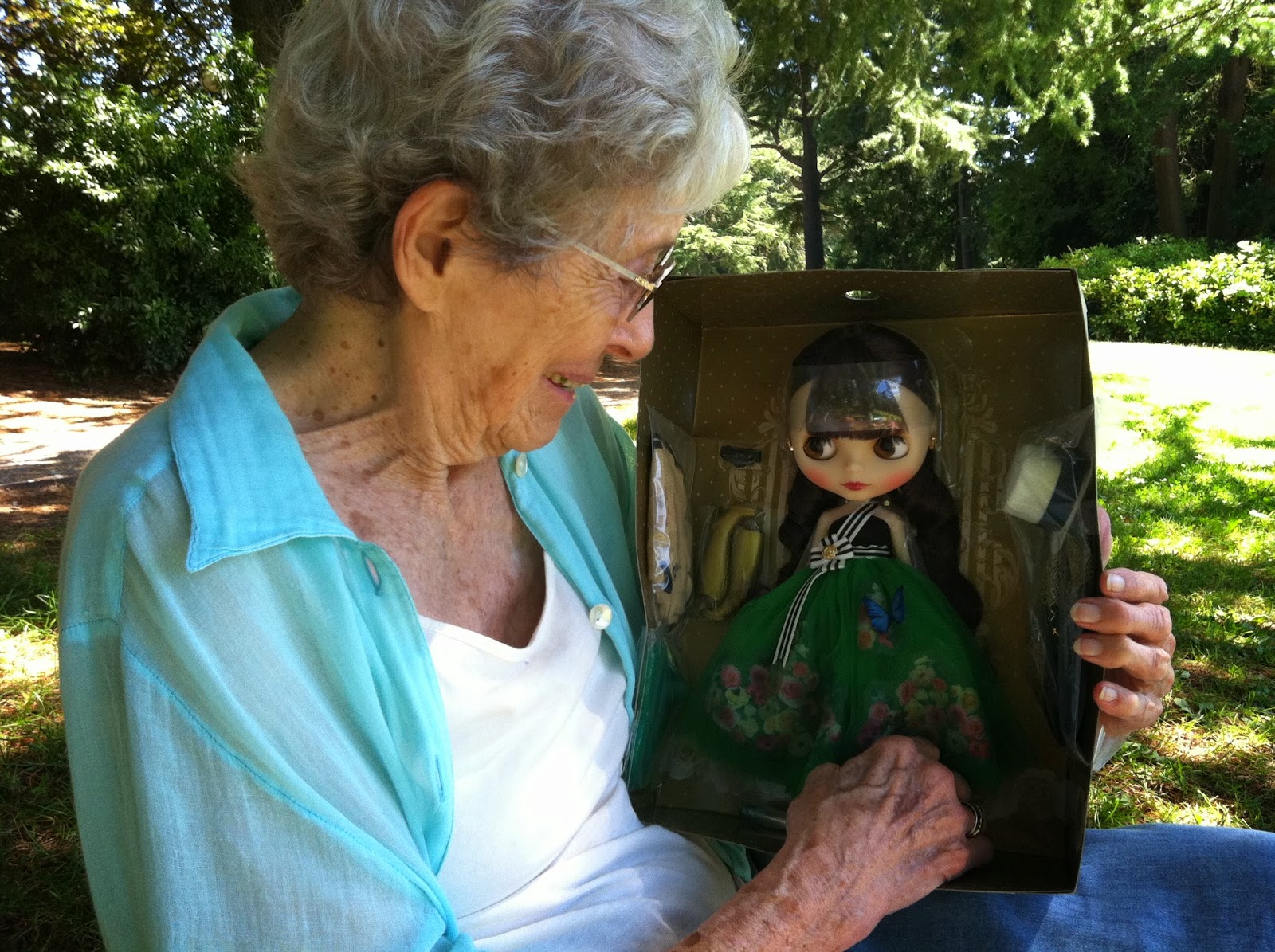 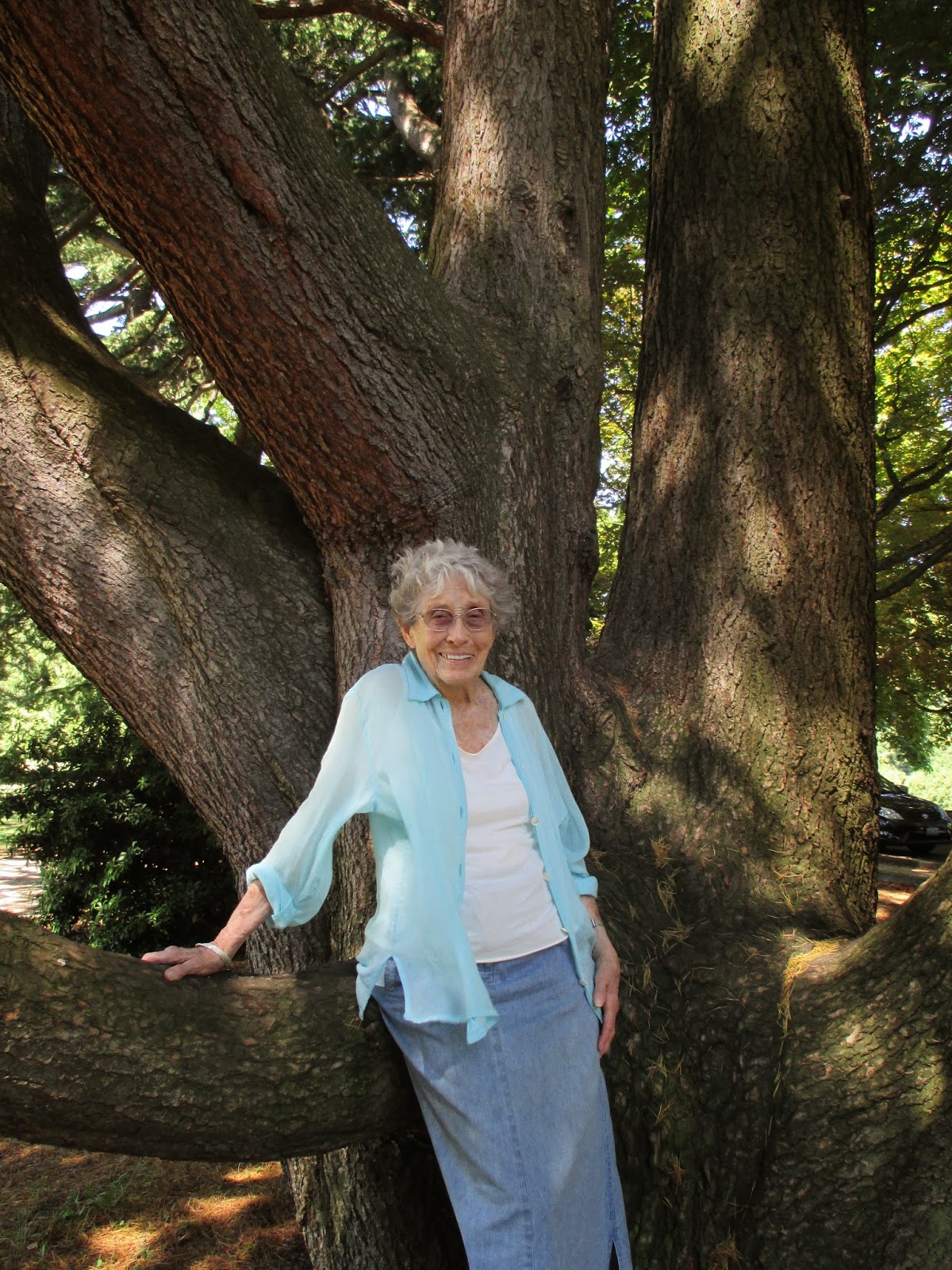 The next day, the Seattle Blythe Con organizers put together a panel discussion for us. They moderated the conversation and guided the discussion giving us both a chance to share our relationship to Blythe and what our roles and responsibilities were and our thoughts were for the future of Blythe. I was very grateful for this chance to speak publically with Allison’s insight and support.  I’m glad to be able to perpetuate Blythe with Allison’s blessing. I heard that the discussion was broadcast on TV that night but I couldn’t get the chance to see it. Instead we went to a park and saw a beautiful sunset and some kids running around the fountain getting wet. 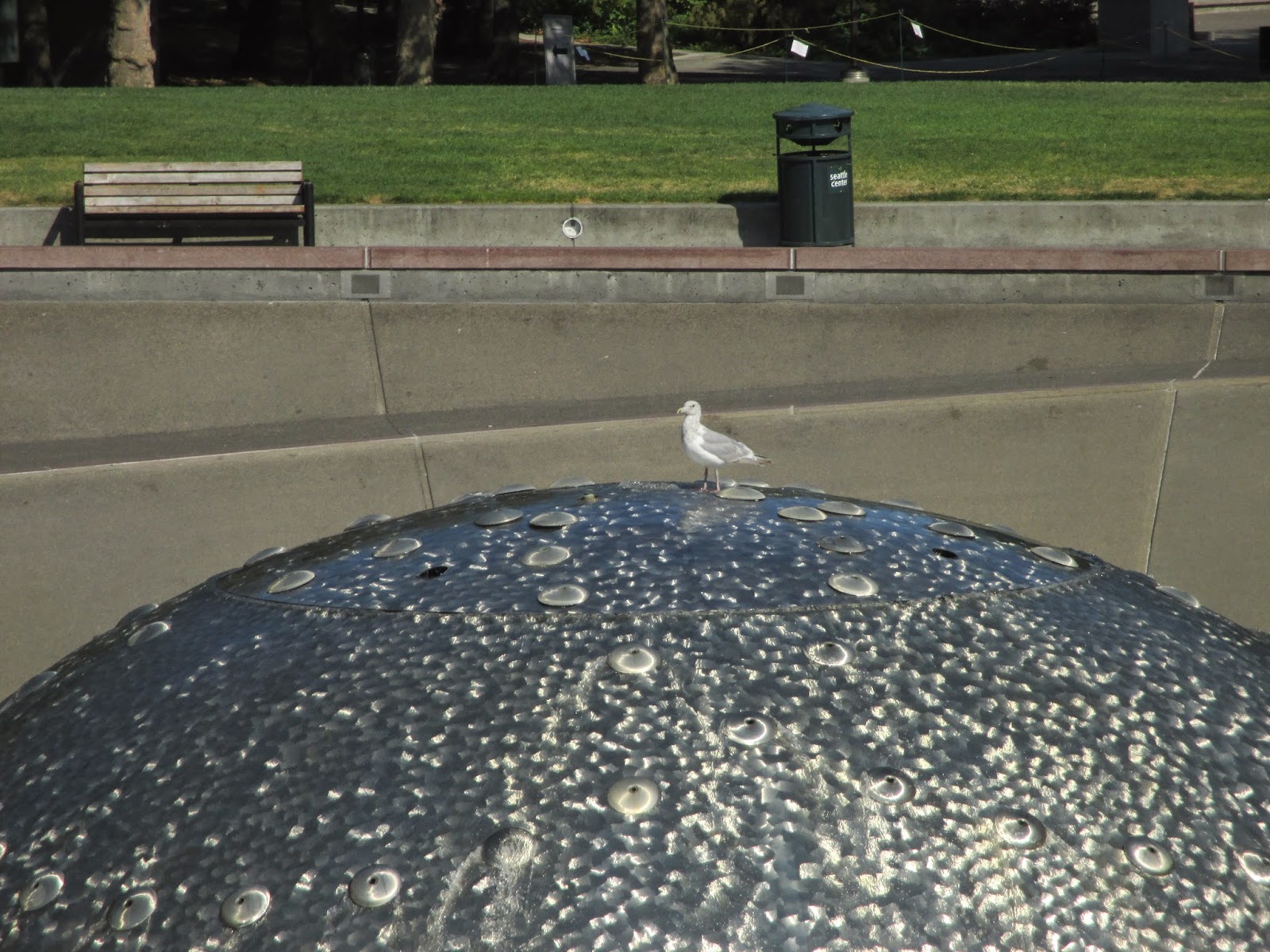 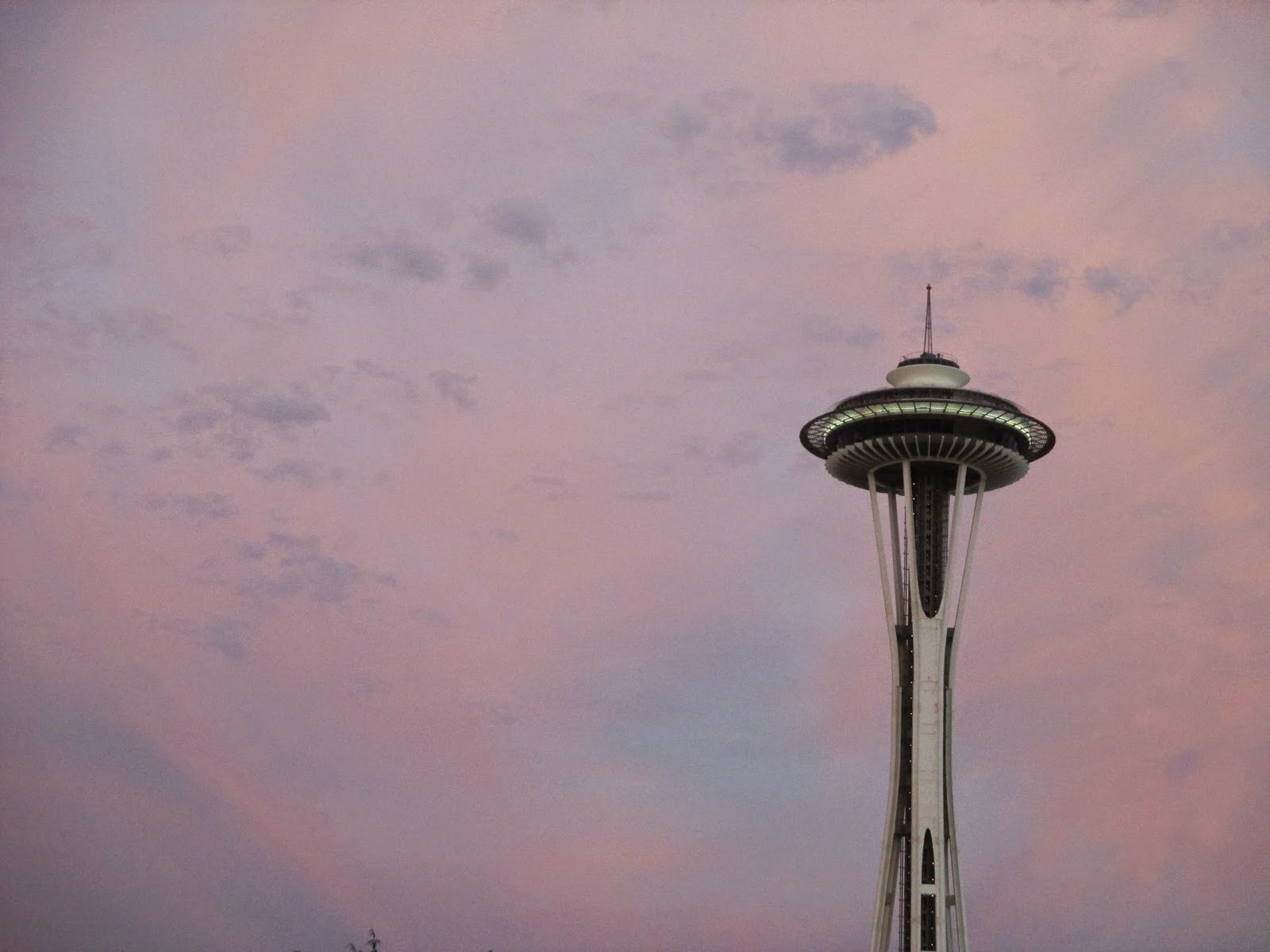 The Blythe Con itself was amazing. The passion, the joy and the excitement were apparent. The organizers were clearly experienced, running the convention smoothly. They were happy about what they were doing and they were a tightly knit group. I respect them and appreciate them for their hard work and the amazing outcome of this event. It was an emotional time for me, and I got choked up a few times with happy tears. I was truly moved. 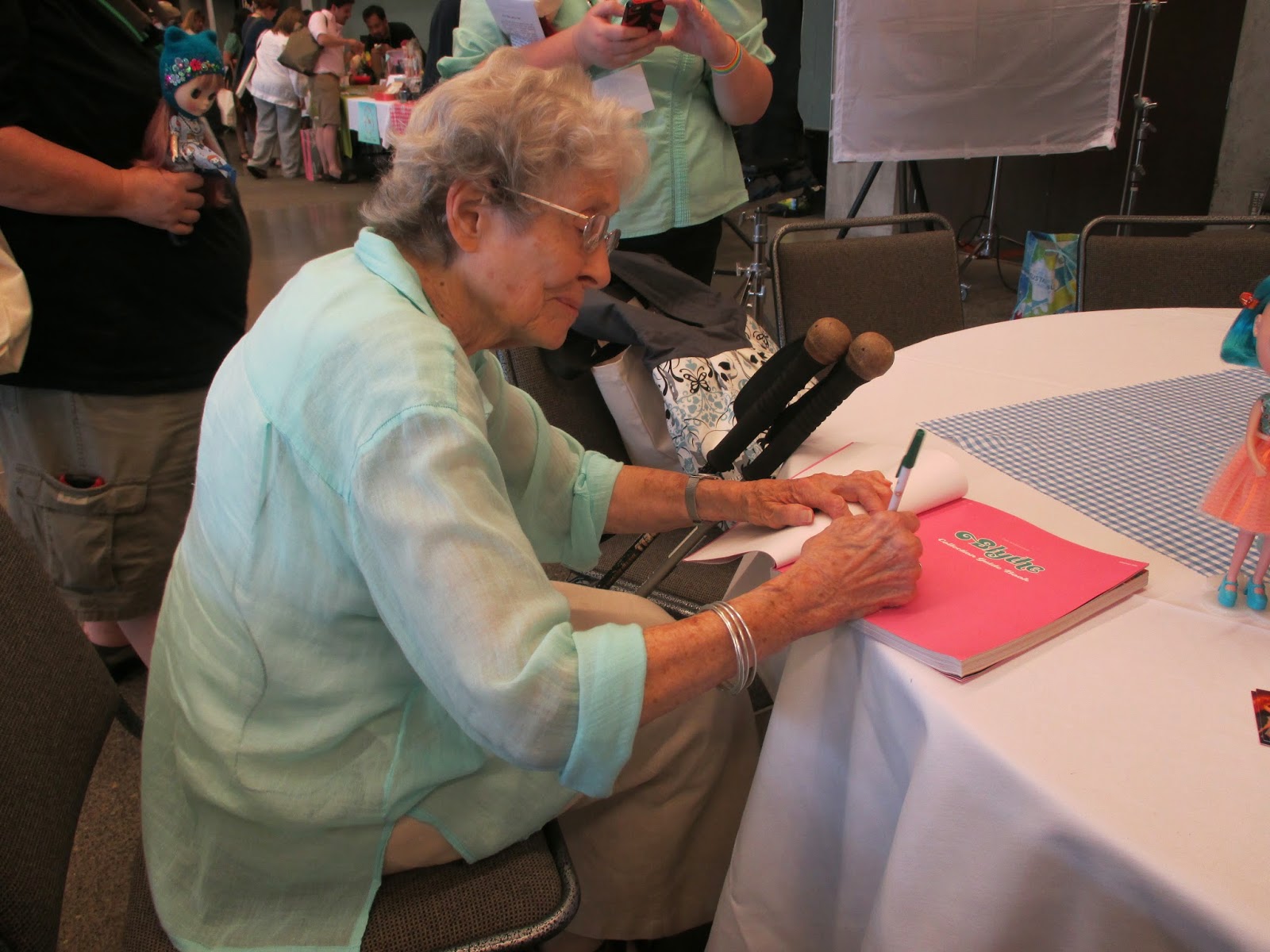 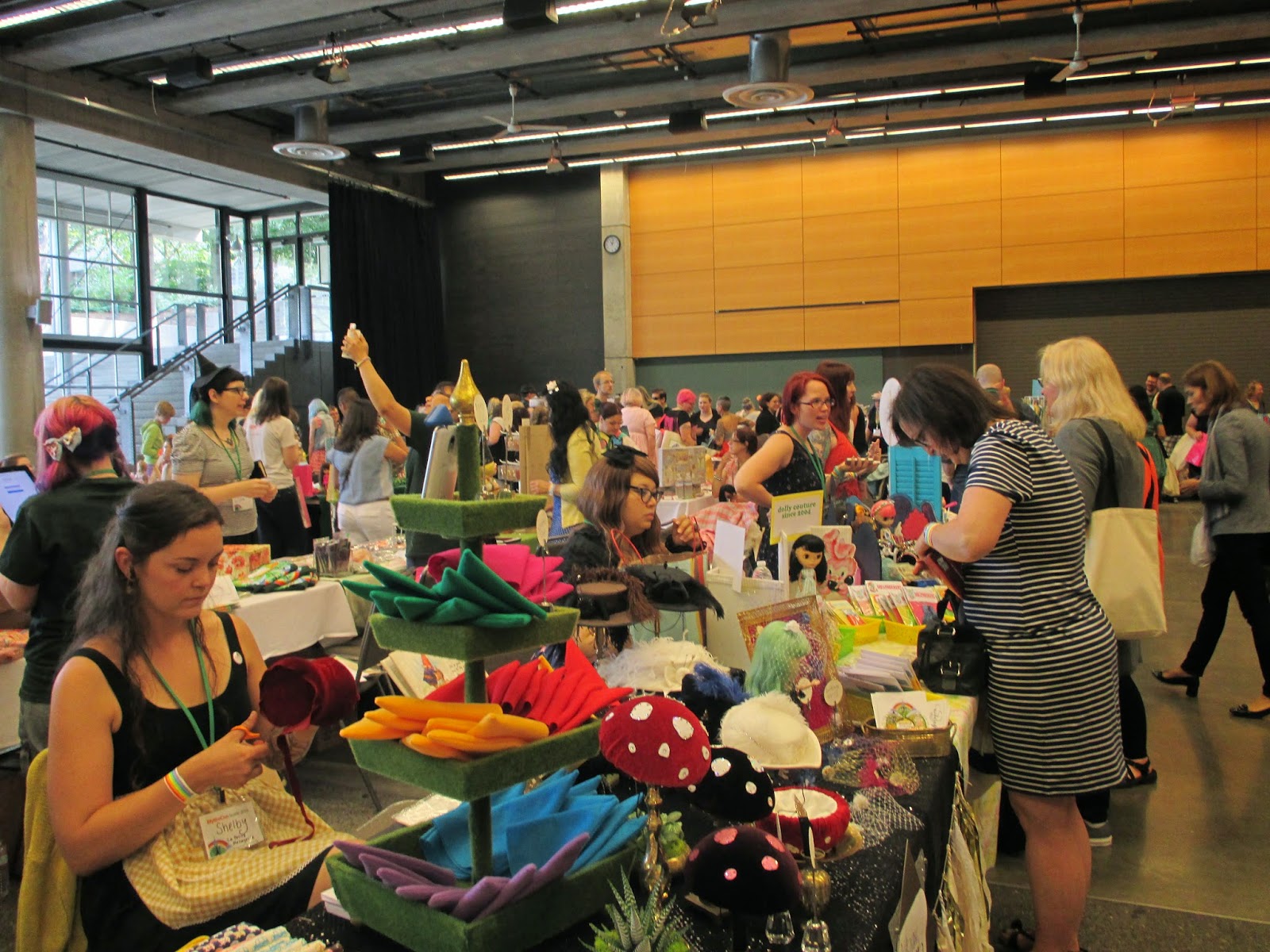 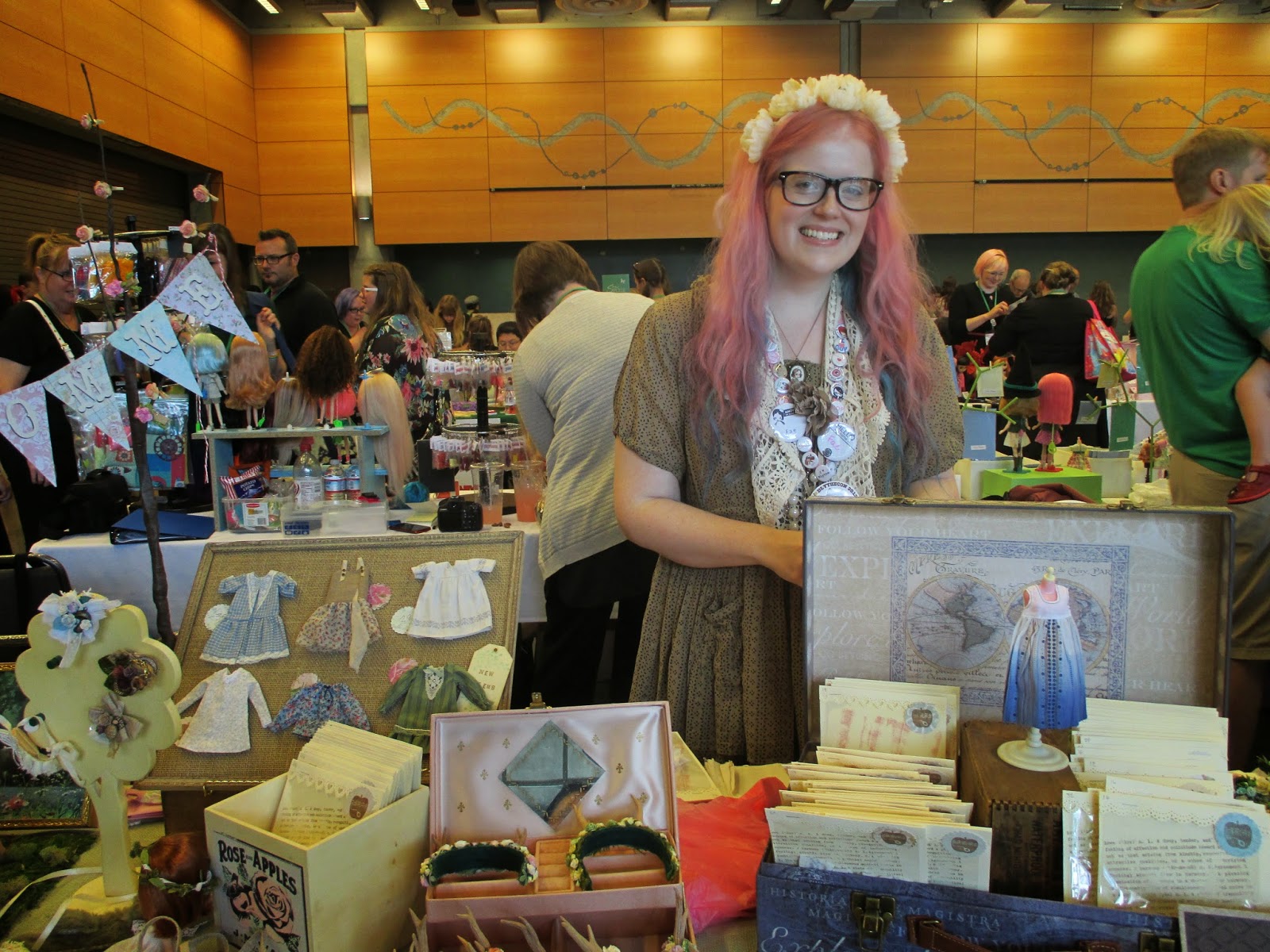 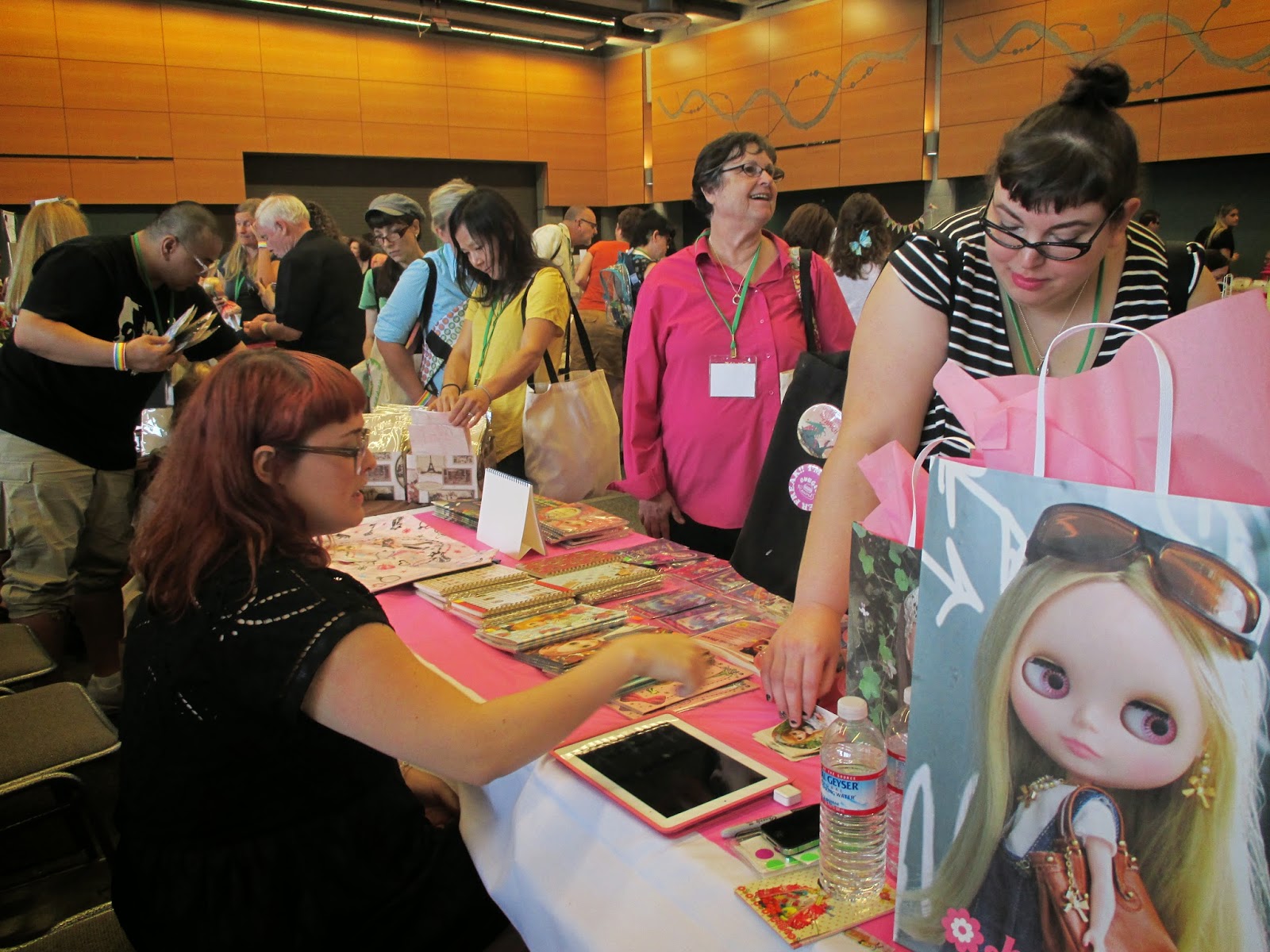 I hope to go to another BlytheCon and see all the people I met in Seattle once more. Everyone was so kind and reached out to us. I am bringing home to Japan a part of you and leaving with you a part of me. I have never felt so close to the people who love Blythe as I have felt here in Seattle. Thank you so much to Diem, Brian, Valerie and Sara letting me be a part of the Seattle Blythe Convention 2014. Love Junko 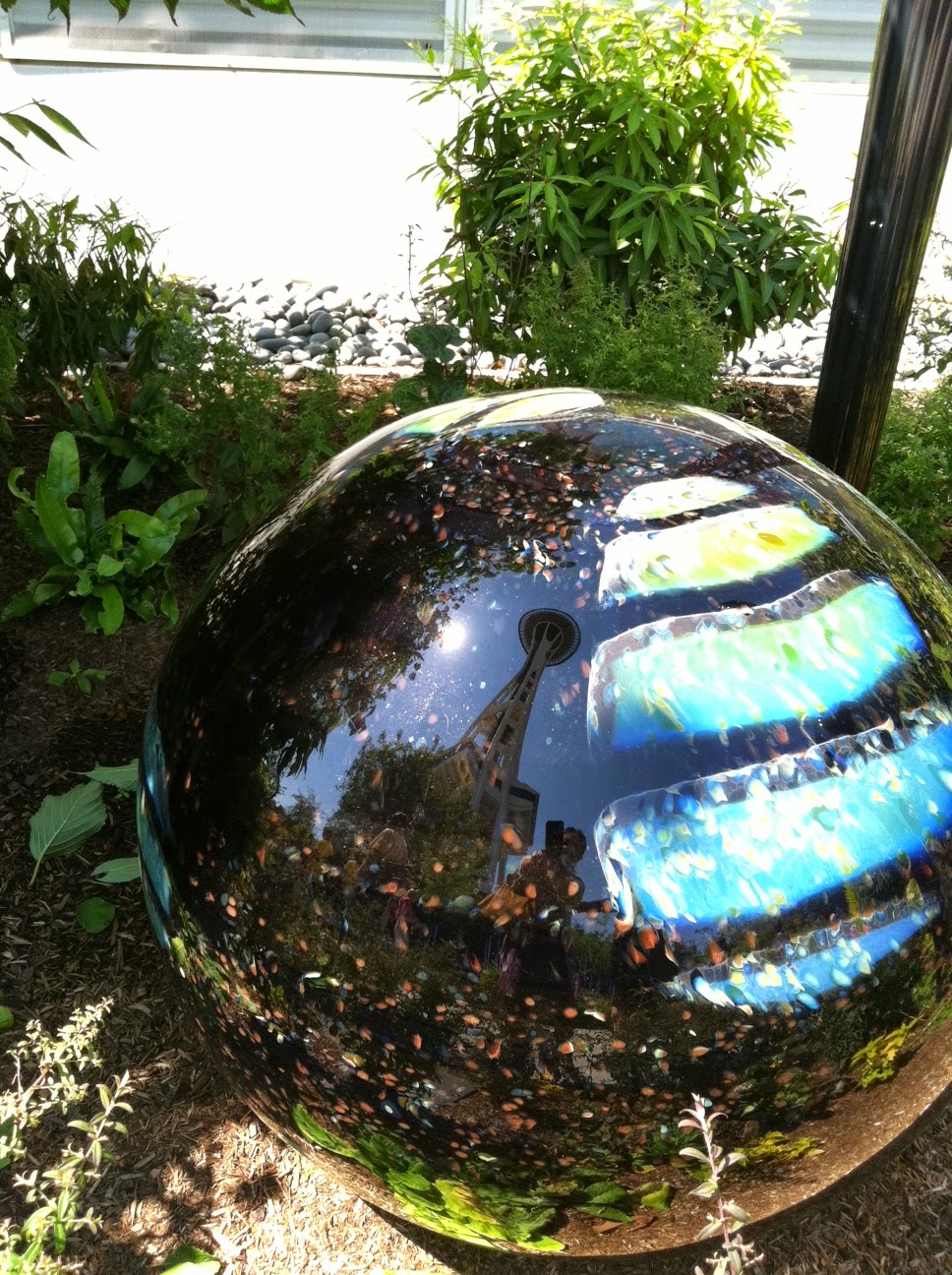 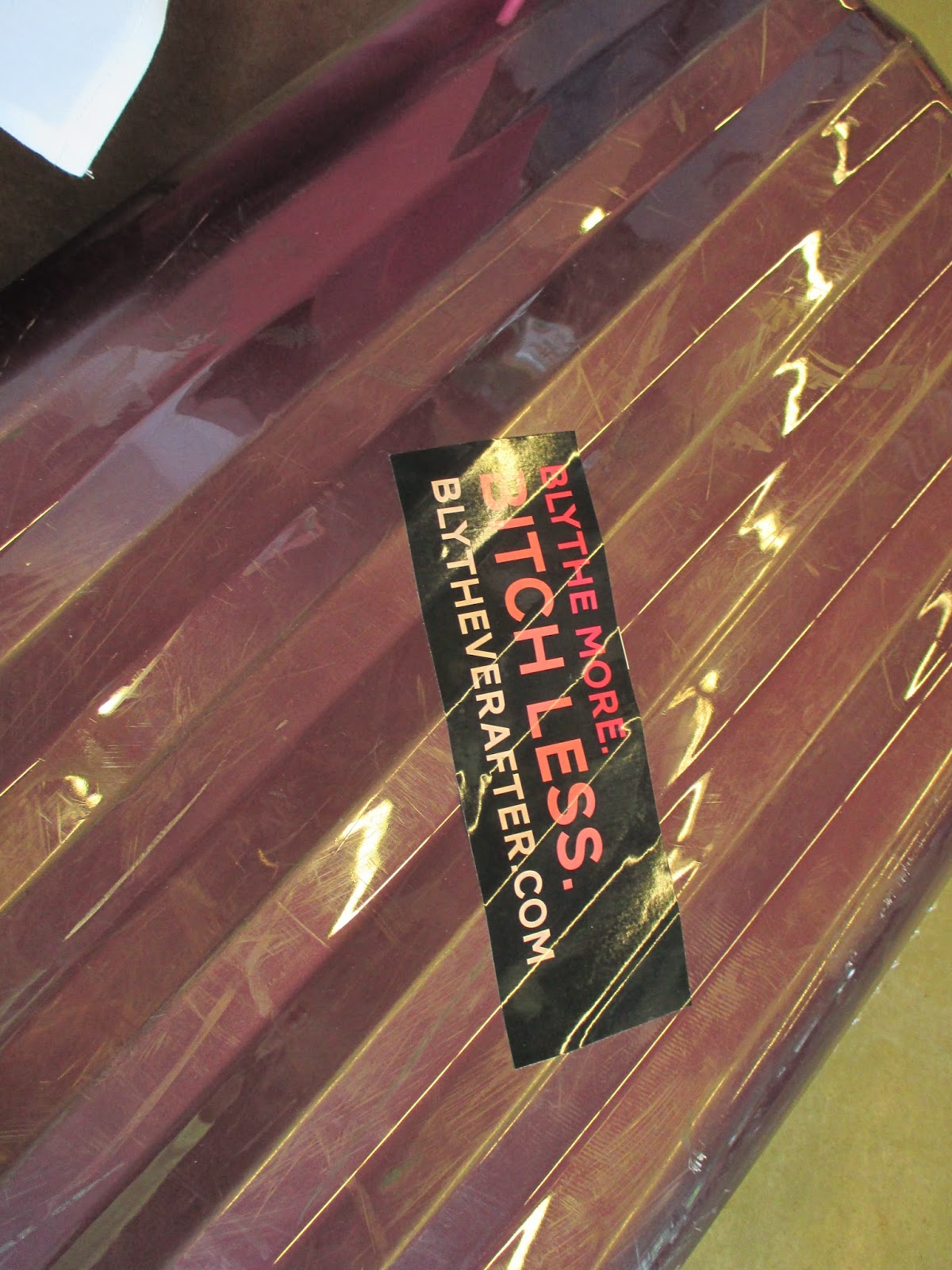 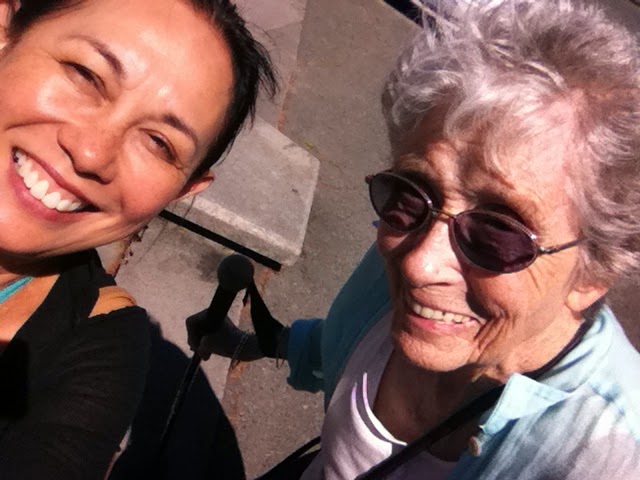 More pictures of the Blythe con below! 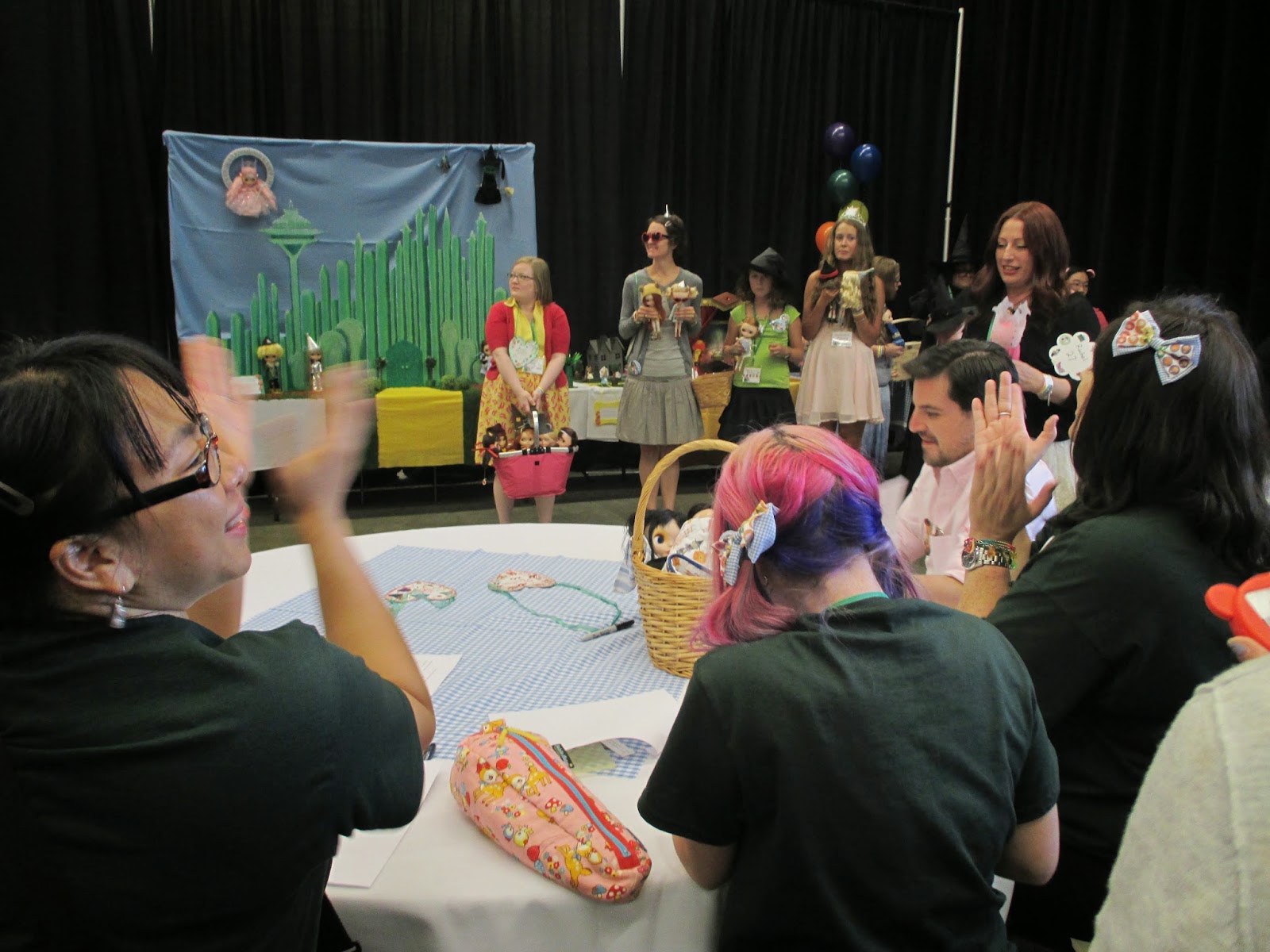 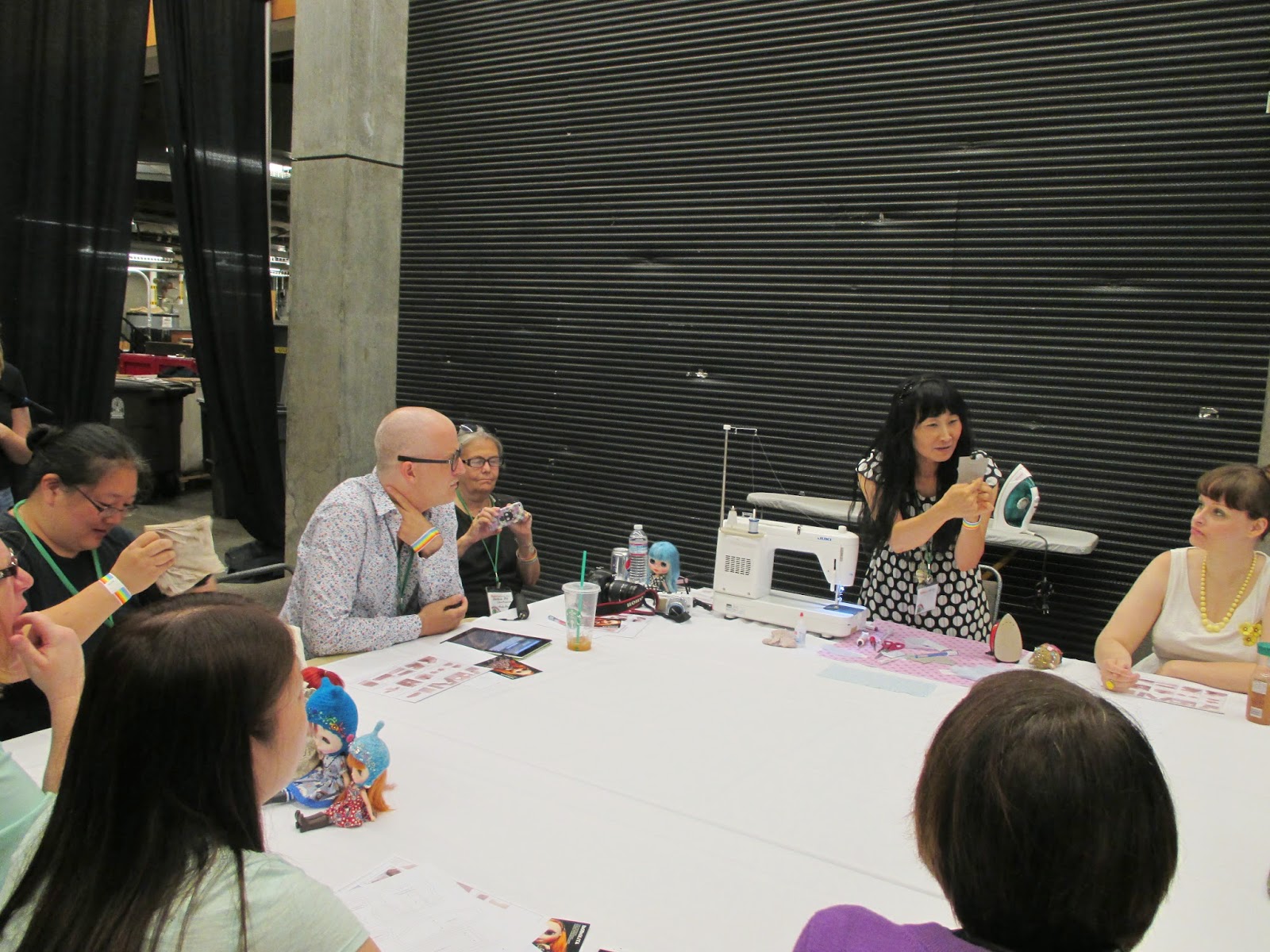 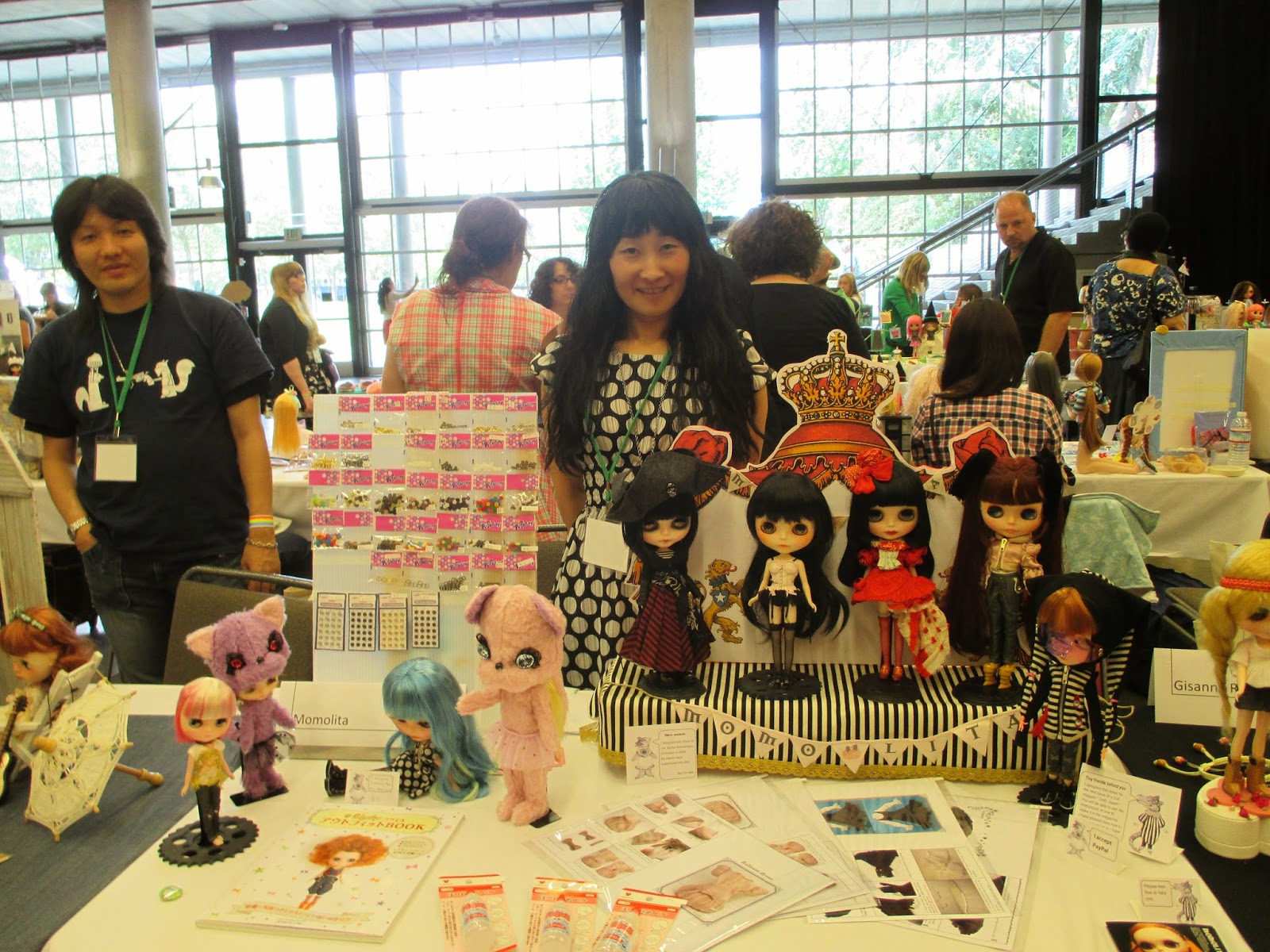 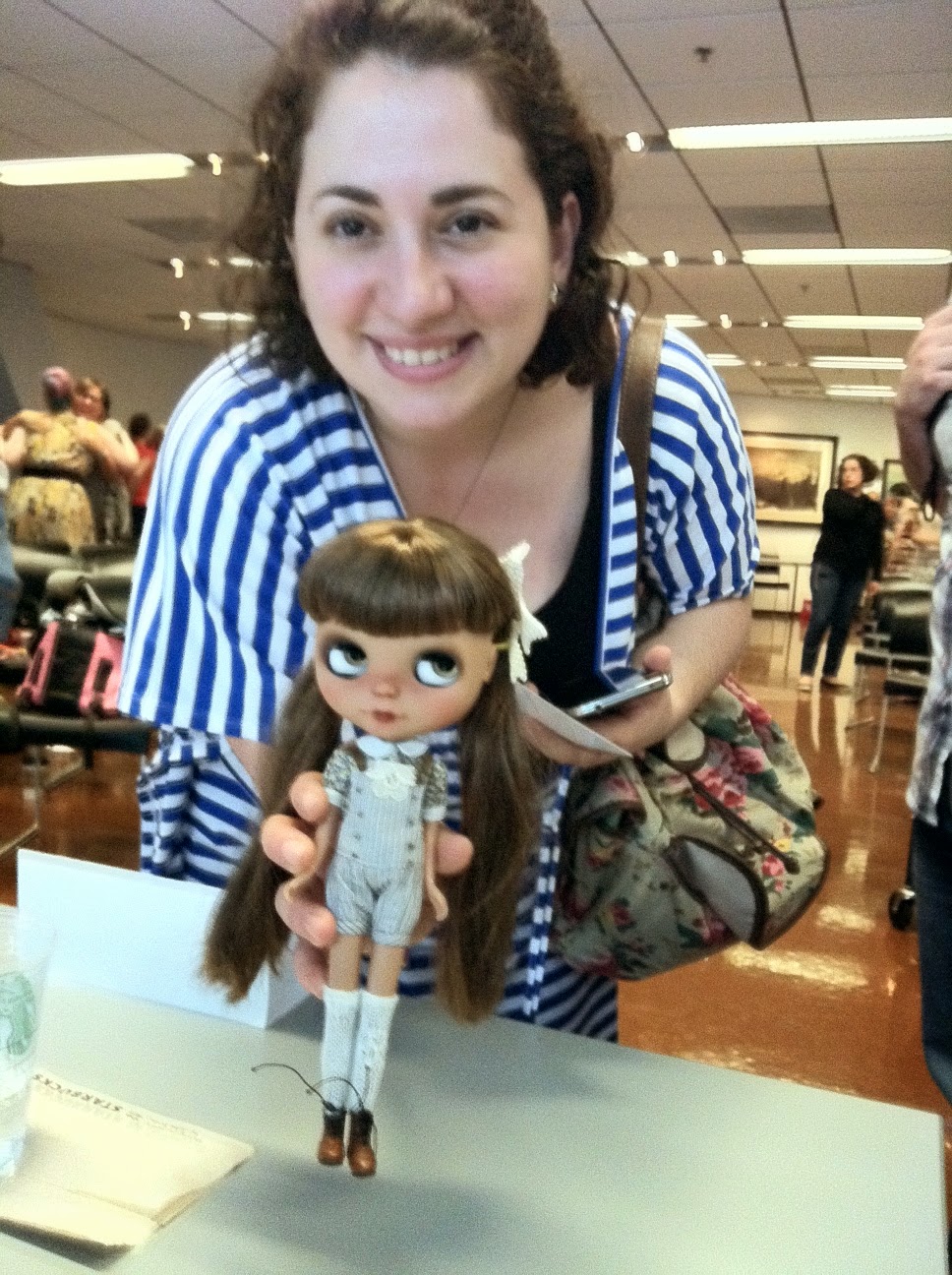 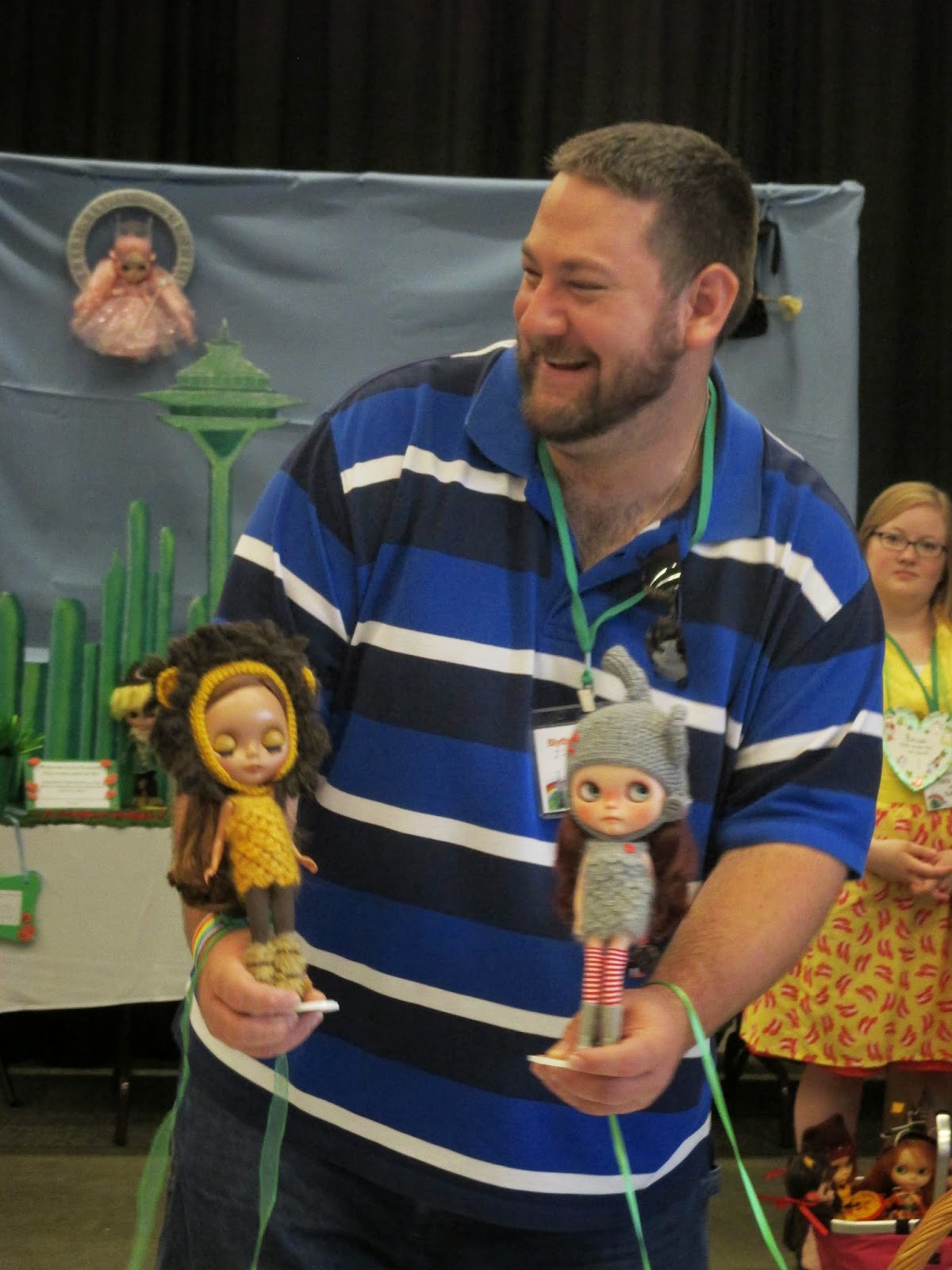 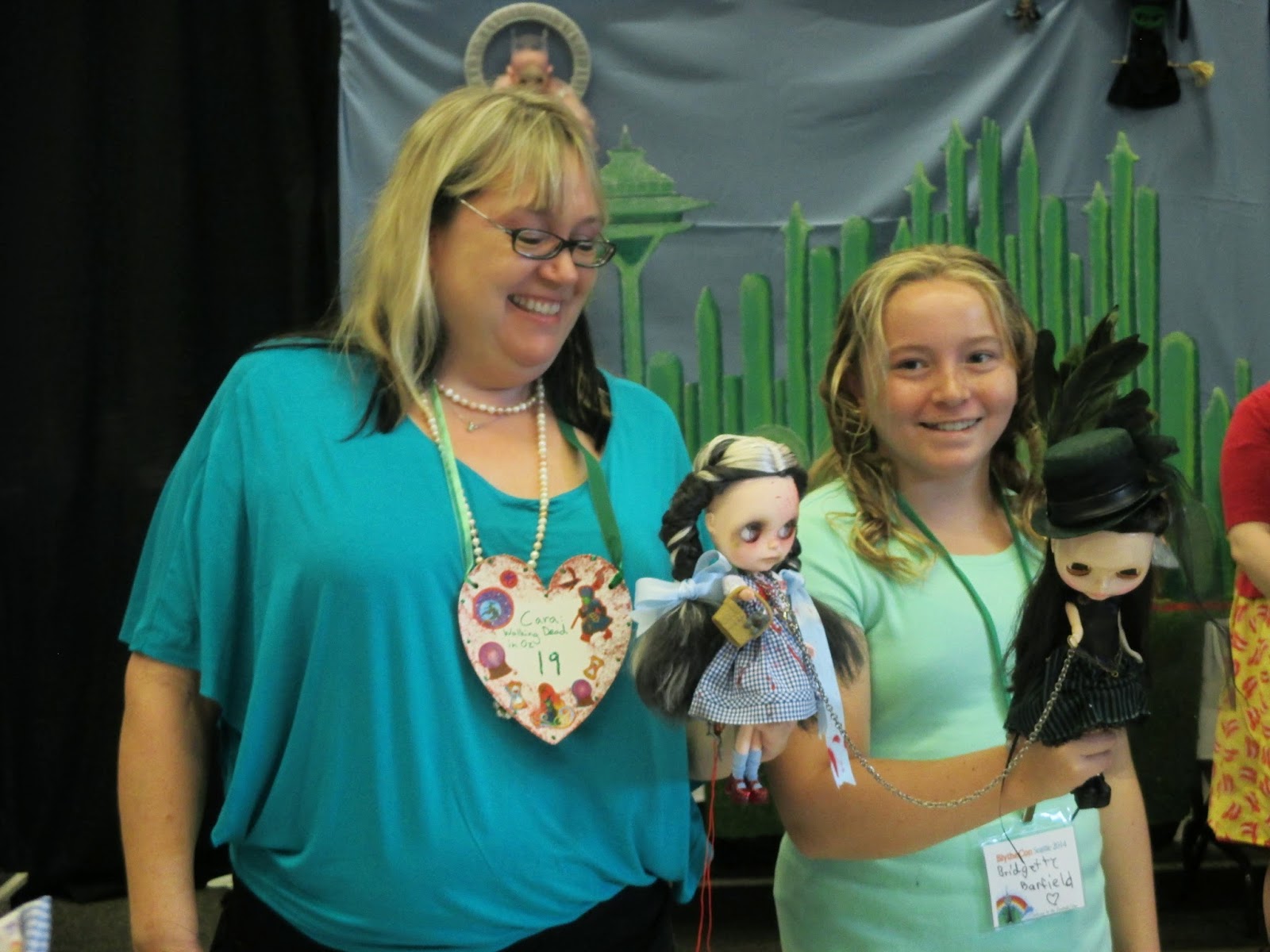 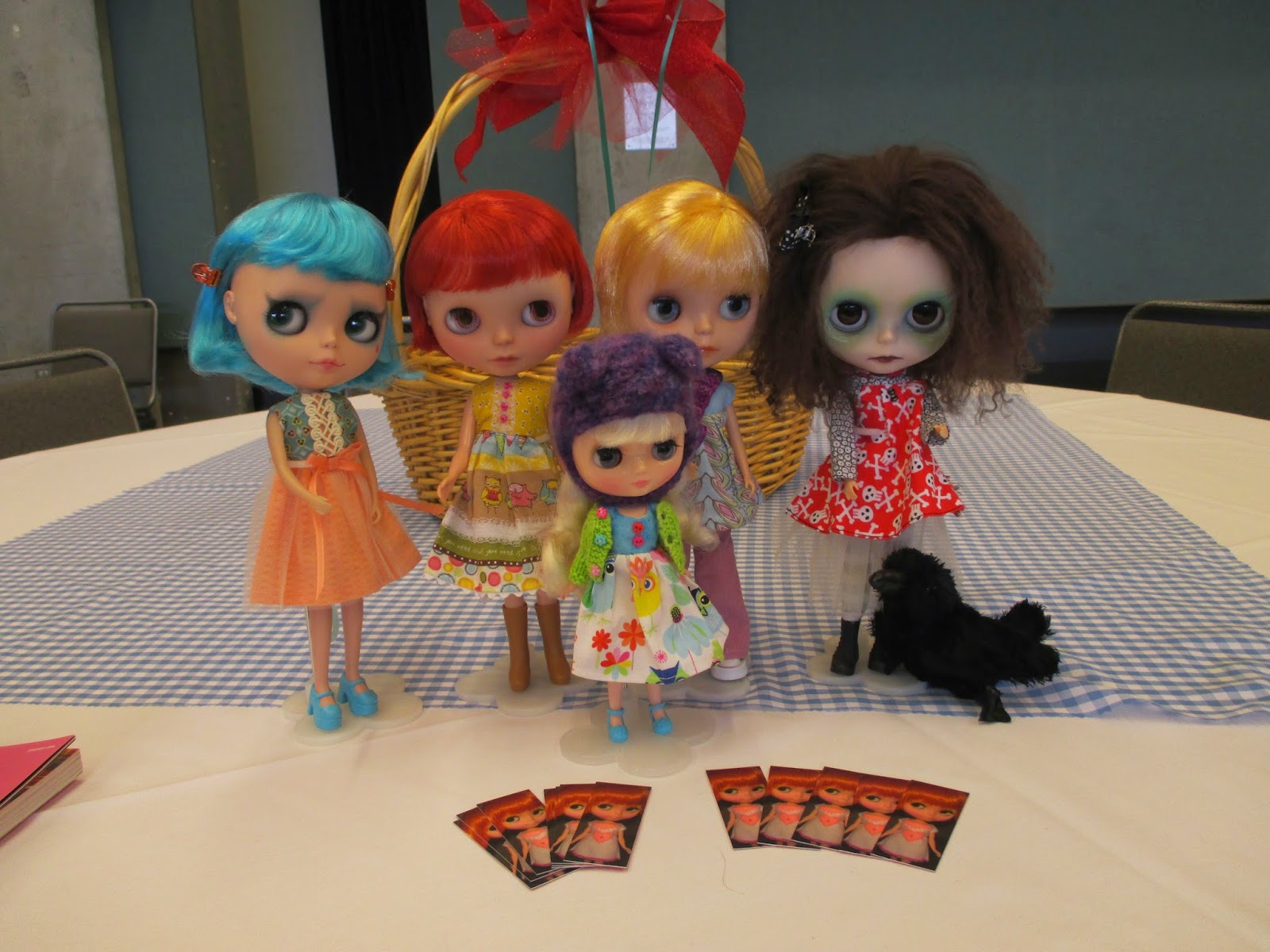 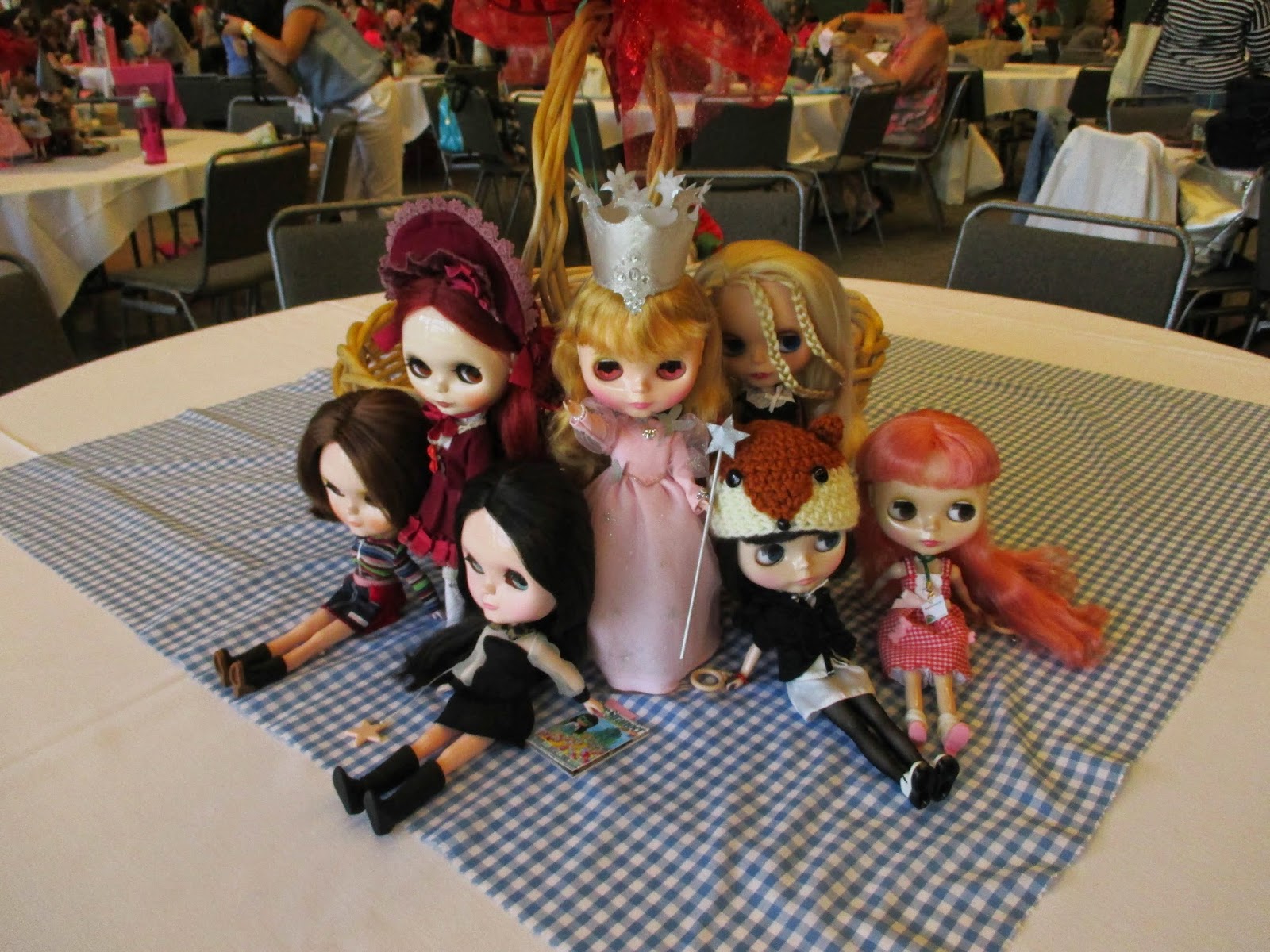 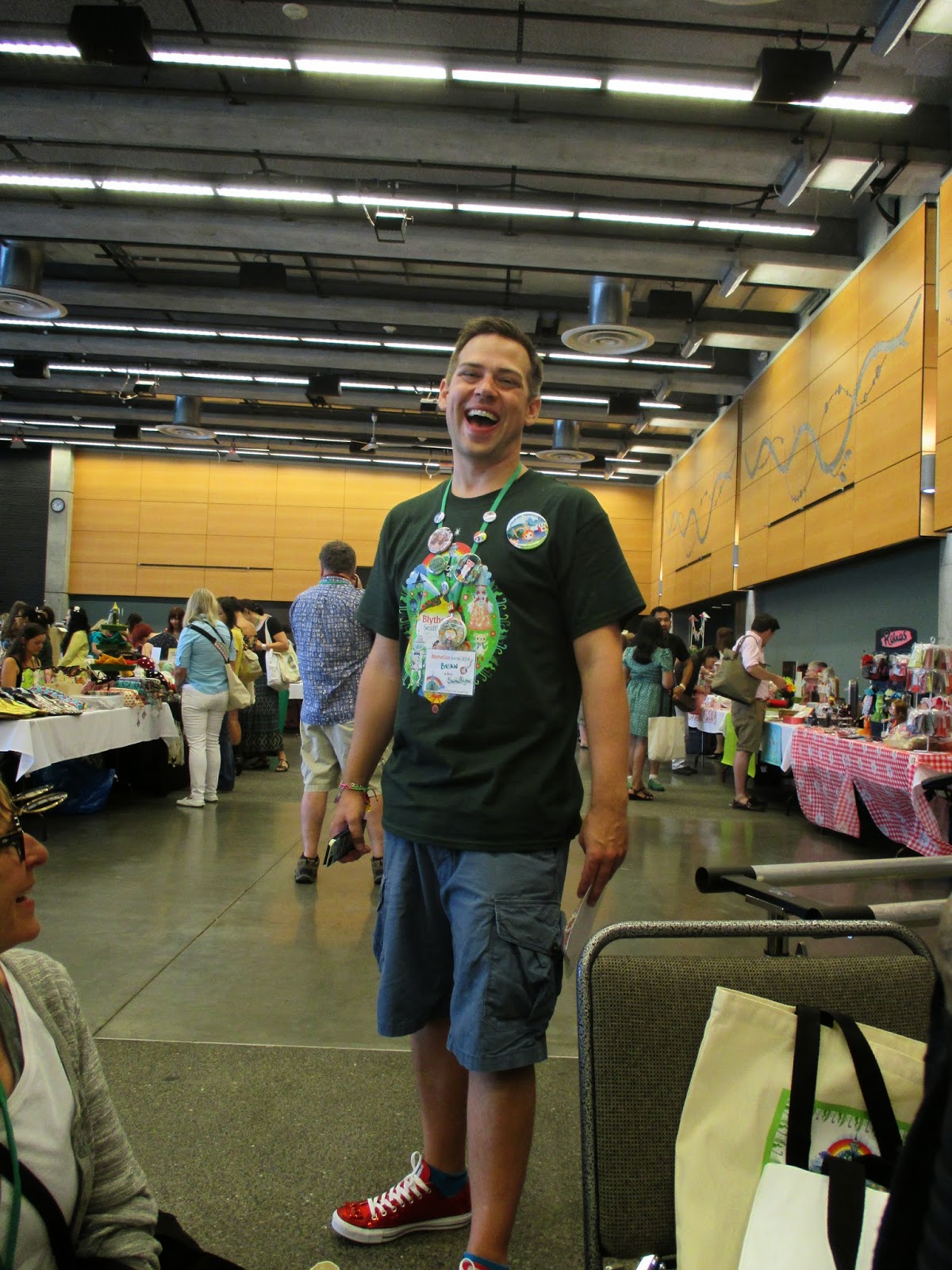